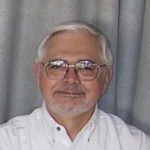 When I was five, my father sent for a premium from the Planters Peanut Company. It was a small stamp album and a packet of worldwide stamps. This was early in WWII and we were living in Groton, CT. My father was a Naval Architect and Marine Engineer working for the Electric Boat Company, designing and testing submarines. During the long New England winter, we worked with that stamp album. We would figure out where the stamp was from, find that country on the map, and then plan how we would get there from the United States. I eventually began a collection of United States stamps and read about the reasons for issuing our commemorative stamps. Through all of my school years, I rarely missed a question on geography or American history.

At about age 11, my grandmother gave me a selection of naval covers. They were mostly submarine covers from the 1930s through Navy Day 1946. Most were unaddressed, but one was addressed to her by my father. I still have those covers and the cover from my father to his mother is one of my favorites. The Cuttlefish launch cover comes from the first submarine my father worked on when working at Electric Boat.

Throughout my Air Force career, 1959-1985, I continued to collect stamps and was a member of various stamp clubs. Upon my retirement from the Air Force as a Colonel in 1985, I moved to Maryland to begin a second career at the Westinghouse Defense Electronics Center, now Northrop Grumman Electronic Systems sector.

In the late 1980s, I was sitting at the Bowie Stamp Club sales table at the annual show sponsored by the Washington, D.C. Lion’s Club when Truman Boutar visited the table. Truman wanted to know if we had any naval covers in the sales books, and when I said no, he asked if I knew what a naval cover was. I said yes, remembered my naval submarine covers, and told him about them. He invited me to attend the Admiral Byrd Chapter (USCS) meetings. I didn’t give much thought to the invitation, but Gordon Smith, also a member of the Bowie Stamp Club and the Admiral Byrd Chapter, kept asking me to go to the meetings, and eventually I began attending Admiral Byrd Chapter meetings on a regular basis. I met Tom Nichols, Earl Minnis, Greg Mikulka, John Lyding, Ken Hanson and others and immediately knew that these were people with whom I wanted to associate. After attending the Admiral Byrd meetings for quite some time, the chapter members convinced me to join the USCS.

Gordon Smith became my best and closest friend. We traveled to stamp and cover shows from Massachusetts to Virginia together. He convinced me to join the Navy League, and I am still a Navy League member. Through the Navy League we obtained tickets to several ship commissionings and other events. I recommend membership in the Navy League to all USCS members.

Paul Huber was a guest at a meeting of the Admiral Byrd Chapter in the early 1990s. Paul was the president of the USCS at that time. During the meeting, he indicated that the elections for the USCS officers and board of directors would be held soon and they were looking for qualified candidates. I had known Paul from stamp shows in the area and had visited with him at his home when he was living in Davidsonville, MD. After the meeting he talked with me and said that the USCS was in need of qualified candidate for the office of treasurer, and that based on his personal contact with me, he was sure that I could fill the position. I agreed to run and that started my service to the USCS as an officer and now as a member of the board of directors.

I have served as the president of the Admiral Byrd Chapter for approximately the last decade. We have sponsored several regional meetings of the USCS and one national convention while I have been at the helm. We are currently working on our plan to sponsor the 2006 convention to be held in Bethesda, MD. I hope to see many USCS members at the convention.

I am currently working in systems engineering for Northrop Grumman Corporation where I design the human-computer interface for military command and control systems for allied nations. This involves a significant amount of foreign travel. One day in the not too distant future I will retire and devote more time to my hobbies, – or maybe I will find a third career to pursue. 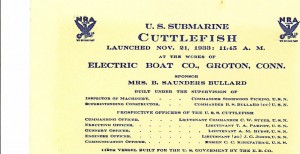 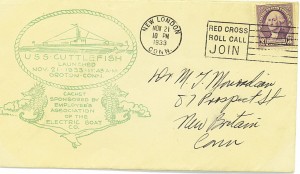