The Navy Cover Collectors’ Hall of Fame recognizes the most influential people in the hobby of Navy cover collecting. In 1992 five people were selected; since then only one person may be elevated to the Hall of Fame each year. These individuals were inducted into the Hall of Fame in the year indicated:

Edwin H. Brennecke, USCS H-122 (1992). National president from 1937 to 1938. In 1935 and 1936 published the Historical Cover Catalogs, which remain valued references to this day. Operated a sales service, selling the collections of deceased members for their families.

York Briddell, USCS H-l (1994). Co-founder of the USCS, its first president and the first editor of its newsletter. Briddell was influential in organizing the Society, establishing guidelines for its operation and in building a strong base for its continuing operation.

Walter G. Crosby, USCS 69 (1996). Crosby made significant contributions as an early maker of attractive cachets for naval, first day and patriotic covers. Crosby was imaginative and prolific, a pioneer in thermographed cachets. There can be no question that his handsome, well designed cachets brought hundreds of members into our hobby. Today, despite the number of Crosby cacheted covers on the market, they command a premium which attests to their lasting popularity in all segments of cover collecting.

Alfred H. Dowle, USCS H-1609 (1995). National president from 1959 to 1961. Provided significant support for the Society in the midwest. Editor of the USCS LOG for several years, and part of the committee that assumed responsibility for the Catalog of United States Naval Postmarks when the USCS took over the task of its publication. For many years he wrote a regular column in the LOG providing historical information. Helpful to younger collectors and encouraged many a beginner.

Albert E. Gorham (2014) Former Navy Department’s Bureau of Navigation employee (1898- 1933) and early navo-philatelist that was responsible for salvaging the penalty envelopes from the circular file. Gorham had a strong collection of naval cancels and is listed as one of the five individuals who provided information on cancels to “Doc” Locy. As a stamp dealer, he was responsible for producing First Day covers and the 1930 Navy Day cachet which he called a “novelty” cachet.

Win Grandy, USCS H-128, (2015).  National President from 1945-1946 and split the  USCS Log production duties with Bertha Thompson during much of that period.  During his presidency, many local chapters became active.  He was a prolific cachet maker, for both naval covers and first day covers.  He presided at the 3rd USCS convention (1946) and was chairman at the 4th (1949).

Joseph M. Hale, USCS H-40 (1993). A leader in the initial cataloging of naval cancels. Co-authored two editions of the Handbook of Naval Postmarks (1934 with Everett Wallster, and 1939 with Charles Emerson), the basis of our present Catalog. In 1941, when war disrupted the Society, he assumed the presidency and editorship of the LOG and literally held the organization together.

Marshall R. Hall, USCS 10, (2003). Hall was a charter member of USCS and served as the first Vice-President from April 1933 until April 1935, he also served  on the committee that reclassified the “key” letters on the Locy’s System of Naval Postmarks. Hall was also a very active cachet producer of his day.

Virgil “Steve” Henderson, USCS L-9941 (2021).  Steve provided seminal documentation work on Naval Cover Censor Marks, creating an identification system where none had previously existed.  He promoted the hobby with near continual exhibiting of Naval covers at shows around the country for many years.

Alex Hesse, USCS H-l63 (1997). One of the most influential figures in the history of the Navy cacheted covers, he was a “producer” who brought together respected artists, cooperative mail clerks, and his own professional printing skills to create some of the most beautiful and sought-after covers in the hobby. He also served as president of the American Naval Cancellation Society.

Paul J. (“PeeJay”) Ickeringill, USCS H-4 (1998). “PeeJay” was a prolific cachet designer and cover sponsor during the glory days of the 1930s. He rejoined the hobby after many years absence, and was the last surving Charter member of the Society.

Chester “Chet” Knowlson, USCS H-1444 (2012). Lifelong stamp collector introduced to Naval Covers after meeting Dr. Locy in the Hospital. He edited the Council Register of U.S. Naval Postmarks pamphlets, wrote the “Naval & Seapost” column in Mekeel’s Stamp news. USCS Director, 1939, 2nd Vice President, 1940 and President in 1941. He resigned after the 1941 Convention due to being recalled back to active duty.

Bill Lawton, USCS H-2500 (2011). His contributions to the society business matters are still seen in the way the society business is conducted today.  He was a fine ambassador of the hobby and USCS.  He served on all Board positions.  He led the efforts to qualify the society as a non-profit organization and chaired the committee to rework the Constitution into a more workable document.

Dr. Francis E. Locy (1992). Dr. Locy provided significant research in designing a system of classifying naval ship postmarks which we have used for more than 60 years. Dr. Locy died in 1931 before the USCS was founded.

Tazewell G. Nicholson, USCS H-839 (1992). Probably the most prolific cachet sponsor in Navy cover collecting. For 60 years he provided postmark and cachet service from Norfolk, an important Navy base, servicing over a million covers. Without his efforts, much of the history of shipboard post offices would have been lost. USCS president, 1953-1955. 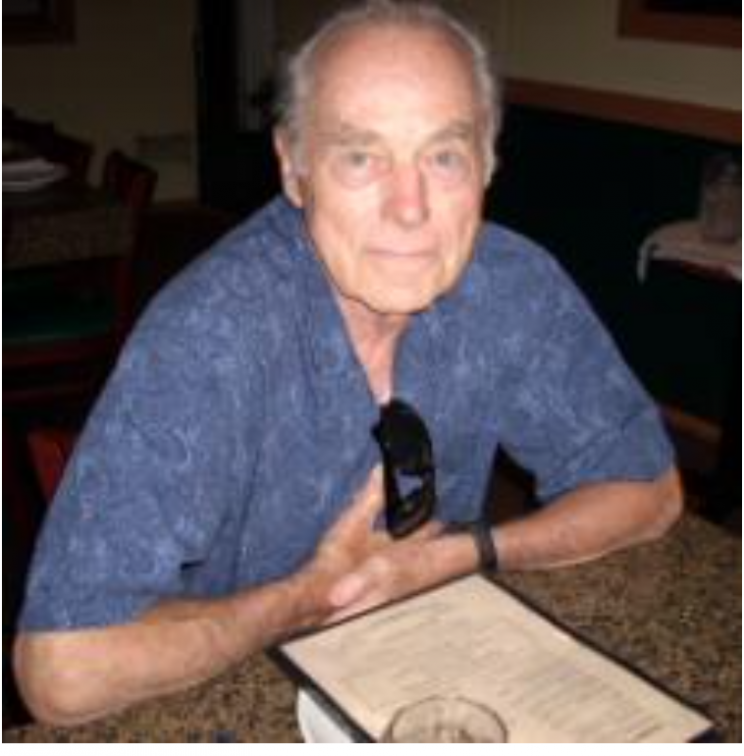 Robert D. Rawlins, USCS L-5490 (2016).  Author of Cachet Maker Catalogs Part 1 and Part 2 which serve as a reference and history of cachet makers and USCS Chapter cachets.  Bob served as the USCS Log Editor for over 10 years and on the Board of Directors for over 30 years.  His service as Treasurer brought financial stability and his guidance provided organization to the society.

Wright Richell, USCS-251 (2002). Imaginative and talented artist who produced cachet designs for ship events, anniversaries, holidays, and historical events for himself and others from 1934 to 1940. Richell produced designs for no less than 56 individuals and organizations who sponsored naval covers. He also served as president of the ANCS.

Capt. Herbert F. Rommel, USN (Ret), USCS H-175 (2010). National President, 1951-1953, during which time he also served as Editor of the USCS Log for six months.  Herb was an outstanding advocate of and contributor to the Society for the 74 years in which he was a member.

Bertha L. Thompson, USCS 1247 (2007). Her dedication has LOG Editor from October 1942 to January 1945 and as USCS President from  April 1943 to March 1945 were instrumental in keeping the USCS alive during very difficult times. She maintained an active recruiting program and published short articles from members away at war