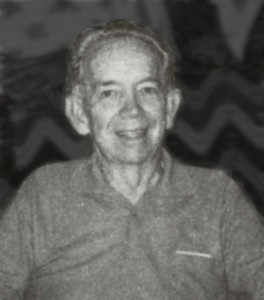 William H. “Bill” Lawton was an important member of the Universal Ship Cancellation Society (USCS) who contributed much to the betterment of the society during his 51 years as a member. Those of us who knew Bill on a personal level found a quiet, modest gentleman who worked tirelessly on behalf of the society for many years.

Upon retirement from the Navy in 1964, Bill soon took a position as office manager of Thomas J. Fannon and Son Fuel Company in suburban Alexandria, Virginia. It was during this second career that Bill became significantly more involved in the workings of the USCS. Bill was described as “…a prime stockholder in the resurrection and revitalization of the then-dormant Admiral Byrd Chapter…” Bill would remain active in the Byrd Chapter until his death in June 1997. Bill regularly served as a chapter officer, up to and including chapter president.

When the society began looking for younger members to take leadership positions in the 1960s, Bill quickly stepped up to the plate. Bill served one term each as secretary-treasurer (1967-9), vice president (1969-71), president (1971-3) and six terms as a director (1973-81, 83-87). While serving on the USCS board, Bill saw the need to modernize the society’s management practices, such as budgeting, creating financial reserves and financial planning for important activities. It was these fiscal reforms that allowed the USCS to weather a late 1970s “financial storm” which hit during the administration of Forrest Swisher. These efforts are still in evidence today as shown by the society’s current sound financial footing. Bill led the efforts to qualify the society as a non-profit organization with the Internal Revenue Service. Bill discovered flaws in the society’s original Delaware incorporation documents and had the shortcomings fixed and the USCS re-incorporated in Virginia. Bill chaired the committee that revised the society’s 1930s constitution into a more modern, useful document. Bill worked for a number of years as the society’s convention coordinator in a period when the conventions were stand alone events and not a part of a larger philatelic exhibition. Bill also served as the credit officer and legal liaison of the USCS for many years.

Bill also served the society in other capacities. He was a major contributor to the Postmark Catalog. Bill was a regular exhibitor and specialized in exhibits that illustrated and explained the various types of Navy postmarks. He was a regular contributor to the USCS Log and an active recruiter of new members. As an ambassador of the hobby he was instrumental in getting many new members, including current board members, more deeply involved in the hobby and the society. Bill was generous with his accumulated material and regularly passed it on to other members at no charge or deeply discounted. Bill donated material to the Log auction and ran the “Barnacle Bill” auction in the Log for a number of years. He also happily and freely shared his considerable knowledge of the hobby and society with anyone who asked.

Bill’s contributions to the USCS are still readily discernible in the manner that society business is conducted today. His attention to the business end of the USCS had few peers and it was through Bill’s efforts that the USCS is still strong at a time when other philatelic societies face the challenges of diminishing membership and financial uncertainty. Bill was a fine ambassador of the USCS and the hobby in general and was widely viewed as a gentleman of the highest caliber. For these reasons Bill was honored with a place in the USCS Hall of Fame in 2011.