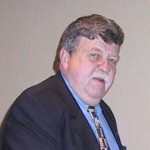 I’ve been a stamp collector since I first took two five cents stamps off an airmail letter received by mother from her Boston cousin. They were the West Point and Teddy Roosevelt stamps. Thinking about it lately, I totally destroyed the envelope. Boy did I get it! I started collecting British Colonies and like most kids of the 1950s, I only purchased the short sets up to the one shilling. Still have them in Gibbons’ albums!

My first stamp dealer was Harry A. Jansen, who ran his business in the rear of his sister’s knitting shop. It was on Willis Avenue in the South Bronx. Years later, I found that Mr. Jansen (USCS #2457) was an early naval cover collector. I’m sorry to say that he never introduced me into the world of “navophilately”. I sent for my first naval cover when I saw that USS RANGER (CVA 61) was making a world cruise, via Cape Horn in the Western Stamp Collector.

A notice in the Coast Guard’s publication (11/70) the “Reservist” would catch my eye about obtaining covers from Antarctica. The covers were posted aboard Coast Guard icebreakers, WESTWIND (W-281), BURTON ISLAND (W-283) & STATEN ISLAND (W-278) during Deep Freeze ’71 operations. Back then they deployed three icebreakers to the frozen continent. Today, we get images back from satellites before they depart!

Back then there were limitations placed upon philatelists- one cover per ship or station cancel (only two) which had to be indicated on the front of the envelopes – either Byrd or South Pole were penciled on the covers. We hardly ever see Mc Murdo (17038) marked on polar covers.

I joined both the USCS and the American Society of Polar Philatelist at about the same time (1978). My primary interests were American icebreakers until I purchased a collection (several binders) with covers addressed to York Briddell and Walter Crosby. Eventually my collecting interests drifted to surface vessels – namely battleship, cruiser & destroyer covers posted on Navy Day. Guess the five cents Teddy Roosevelt stamp had some effect on me!

I have a complete collection of USCS (bulletins, logs & yearbooks) and ASPP publications (Ice Cap News). I enjoy researching other philatelic publication while on periodic visits to the Collector’s Club in New York City.

In June 1984, I started the Coast Guard Study Group (Hooligan Navy) with the late Walter Grabowy. Walt was the cachet agent and donated several hundred cachets to Coast Guard units. As editor (1984-98) of their newsletter, I put together 74 issues (1014 pages) of information on Coast Guard covers, cancels and cachets. Copies are available at Cardinal Spellman Philatelic Museum, USCG Academy Library & USCG Historian’s Office. I’m an accredited USCS judge (having gone through the program) before we started exhibiting at APS shows. I started exhibiting (1979) and my first few exhibits were mainly icebreaker covers (Polar Icepicks), but eventually displayed naval covers to the delight of some judges.

I’ve been writing “Hooligan News” since I took over upon the death of George Benz (1994). He wrote the Coast Guard column for over twenty years. My prior writings include the “Petty White Fleet” series for USCS Log and a “Polar Icepick” series for the ASPP’s Ice Cap News. Over the years, several articles have been published in Linn’s and the Stamp Collector on polar philately and naval covers.

Happiness is being married to your best friend, Mary, who I married over four decades ago. We were high school sweethearts and are the proud parents of sons, William & John and daughters, Nora & Mary Kate. We have eleven grandchildren that are known to one another as the Spice Girls (3), Foxy Ladies (2), Big Guy, Raleigh Rascals (2 boys), Lady Bug, the Duchess and Lady Emma.

I served in the Coast Guard (1960-64), where I was a commissary man aboard an 83-footer (CG 83464) and lifeboat stations within Group Short Beach along the southern shore of Long Island. I have one the best recipes for SOS in a white cream sauce. I was a first class (CS 1/c) in the Coast Guard Reserve when someone at District discovered that I never attended Cook’s School. I was the first “Coastie” to attend the two-week refresher course for submarine cook at Naval Station, Charleston, SC. I was retired as Master Chief (E-9) upon my 60th birthday, after 40 years, 11 months.

In civilian life, I was employed by the New York Police Department for 35 years. My police career was very limited (15 years), serving as a footman (Patrolman) and in a sector car (RMP) in the 48th Precinct (Bathgate Avenue), Bronx, New York. By the time, I left patrol the South Bronx had extended to north of Fordham Road.

An appointment as Bronx Financial Secretary for the Patrolman’s Benevolent Association in March 1980 ended my patrol career. My primary duties were representing members (police officers) at departmental hearings or before the Civilian Complaint Review Board. An elected position, I served in the same position for the next 19 years until my retirement in July 1999.

Some covers in John’s collection: 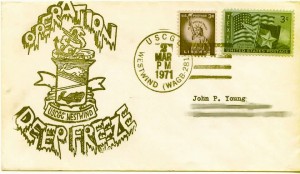 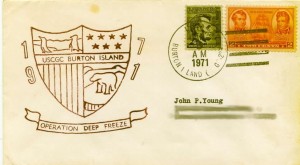