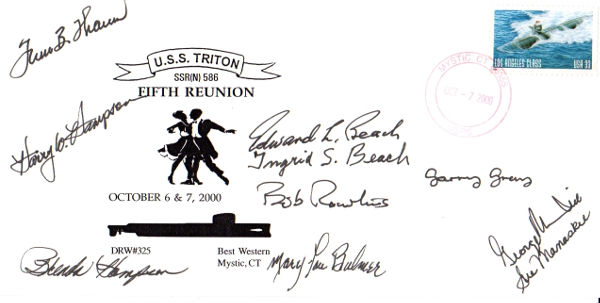 The USS Triton was the only US Navy submarine commissioned with two nuclear reactors and she was the largest submarine at the time of her construction in 1956. Designed as a radar picket submarine, this role was considered no longer needed two years after her commissioning November 10, 1959. Carrier aircraft with airborne early warning and tracking ability offered more flexibility at a lower cost than numerous submarines performing that function.

By March 1961, she was re-designated from her original designation as a radar picket sub, SSNR(N)-586 to that of an attack sub, SSN-586. Due to spending cutbacks, she would be decommissioned in May 1969.