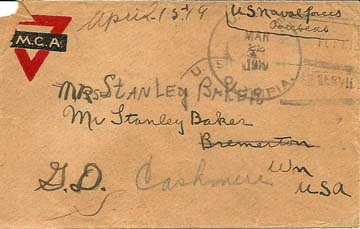 Most of us recognize the USS Olympia as being the flagship of Commodore George Dewey at the Battle of Manila Bay in 1898 during the Spanish American War. It was from the Olympia that Dewey stated “You may fire when you are ready, Gridley” to the Captain of the Olympia on May 1, 1898. The fleet went on to destroy the Spanish fleet and claim Manila. The Olympia would be decommissioned in November 1899. But her service years weren’t over yet and she was recommissioned in January 1902.

Olympia went on to serve through World War I, venturing from the Caribbean to Murmansk, Russia. When the war ended, she became the flagship of the US Navy in the Mediterranean. During the period January 25, 1919 to October 25,1919 she performed policing duties in the Adriatic. This was an area in turmoil following the collapse of the Austro-Hungarian empire. In December 1922 she would be decommissioned for the last time and placed in reserve. In 1931 she was reclassified s IX-40, to be preserved as a relic.

She was released to the Cruiser Olympia Association on September 11, 1957 and became a museum ship.

It was during her time in the Adriatic that a sailor in the Naval Reserve aboard the USS Western Hope mailed a letter that would be cancelled aboard the Olympia on March 22, 1919. The Western Hope was a cargo ship built on the west coast, completed September 1918 and turned over to the Navy, with the hull designation ID-3771. There were 55 ships in the class, most with the word West or Western in the ship name. In December1918 she sailed with a cargo of flour for the Mediterranean. After unloading her cargo at Trieste, she set sail for the United States in March. This cover was likely posted near the date of her sailing.

Free franking for sailors was still in effect at this time after the war, as evidenced by the “US Naval Forces Overseas” franking. The Olympia cancel is a Type 3(AC), in use from 1917-1919. The letter was sent to a Bremerton, Washington address and was forwarded on to apparently the wife of the recipient in Cashmere, Washington.

The USS Western Hope would be decommissioned in May 1919 and returned to the US Shipping Board which retained her until the early 1930’s when she was abandoned.

The USS Olympia had a better fate and has been a museum ship since 1957 in Philadelphia. However in the mid 1990’s it was announced that the ship was very badly in need of deferred maintenance and the museum was just as badly in need of funds to preserve the ship. Since this time the museum has looked for other non profit organizations to take over the ship and preserve her. Other options that have been looked at include selling the ship as scrap or being sunk as a reef. The Navy Yard Association of Mare Island initiated an effort to bring the ship to the San Francisco Bay Area in December 2010. The Independence Seaport Museum in Philadelphia is publicly seeking new stewardship for the ship. Estimates for the hull repair that is needed are over $5,000,000. It is said that the hull is paper thin in places. There could be a very sad end for this historic ship in the not too distant future.