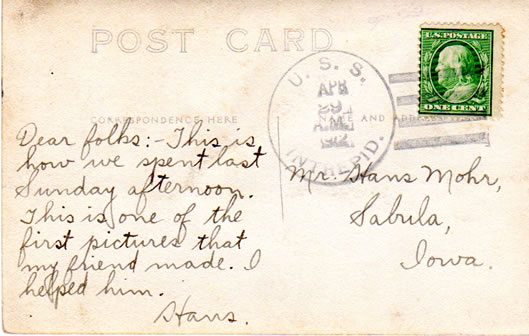 The USS Intrepid was obsolete before she was launched in October 1904. By 1904, the era of Navy sailing ships was long past. This must have been apparent to the Navy too, with commissioning not occurring until August 16, 1907, 3 years after launching at Mare Island, California. She was quickly assigned to the Yerba Buena Training Station in San Francisco until February 1912 when she became the Receiving Ship at Yerba Buena. 2 years later in January 1914, she was moved back to Mare Island and became the Receiving Ship at Mare Island until decommissioning October 1914. One year later in November 1915, she was commissioned in ordinary for use as a barracks ship for the crews of the submarines F-1, F-2, F-3 and F-4.

This was followed by resuming duties as the Receiving Ship at Mare Island until August 30, 1921 when she was again decommissioned but this time for good. She was sold just 4 months later and converted to a commercial barge by the Hawaiian Dredging Company. And once again the Navy found a use for her when she was reacquired during World War II serving as Sludge Removal Barge YSR-42 at Pearl Harbor and as such was employed during the salvage of the USS Oklahoma.

She was returned to commercial service after the war and was wrecked on the Columbia River while being towed to Portland, Oregon on February 23, 1954.

For an obsolete ship, she surely remained in existence much longer than expected when launched in 1904.

The post card this month has the cancel used between May 25, 1912 and September 6, 1912 when Intrepid was the Receiving Ship at Yerba Buena Island. The cancel is a Type F, with wider bars than normally seen on a Type 2 cancel. This cancel has an R-4 rating, with 5 or less copies known. The face of the post card shows 5 men lounging on a hillside, one wearing a Navy hat with the hatband reading Yerba Buena Training Station.