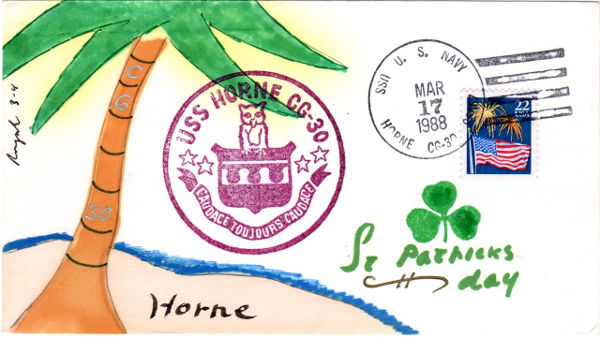 The Horne was guided missile cruiser, originally launched as destroyer leader/cruiser. She was probably on station in the Middle East at the time this cover was cancelled.

During Desert Storm, she was the northern most US Navy ship in the Persian Gulf where she directed almost 600 aircraft on their missions, including strike missions and tanker missions.

Interestingly, her last foreign port of call was Victoria, British Columbia in 1993 which is not a common port of call. First commissioned in 1967, she was placed out of commission November 6, 1993. She was sunk as a target during RIMPAC 2008.