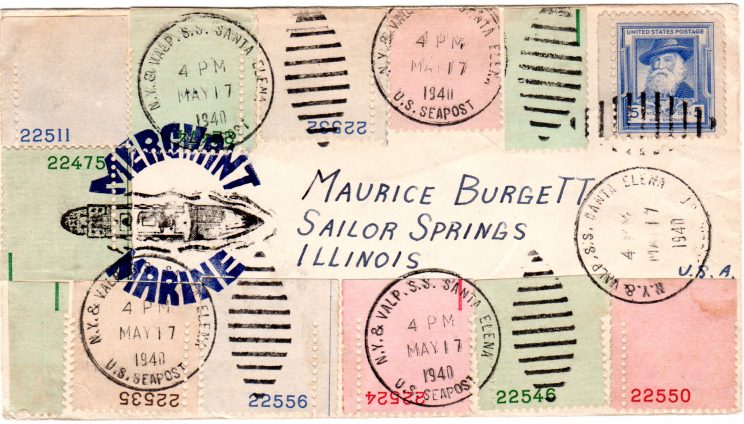 This is a bit of an odd cover. Someone apparently wanted to wallpaper this cover with stamp pane selvage to get multiple cancellations. I’ve not seen another cover quite like this one.

She was taken over by the Army during World War II, serving as a troopship in the service of the USATS, United States Army Transportation Service.

In October 1943, she left Liverpool as part of 43 ships in Convoy KMF 25A for Naples, with a load of 1,800 Canadian soldiers and nurses. On November 6, German aircraft attacked the convoy and Santa Elena was struck by a torpedo and then by a bomb. The ship was abandoned but was still floating the next day and was taken under tow. She was then accidentally rammed by a Dutch transport in a collision. She was taken under tow again but she could not take the strain and she sank off Phillipville, Tunisia, North Africa.