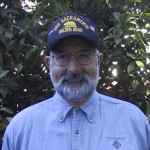 I joined the USCS in 1973. I’ve collected stamps for as long as I can remember. My mother had a large worldwide collection begun by her Uncle and she helped my brothers and I get the collecting bug. My elder brother collected British Crown Colonies and owned our subscription to Western Stamp Collector. We read it eagerly and stayed up on the latest news. Mother would type our addresses on envelopes and send away for First Day Cancellations. It helped that my Dad’s best friend was the town Postmaster and we were allowed great freedom on our visits to the PO to buy the latest releases. I remember the excitement about the Project Mercury issue released when John Glenn made the first US orbital space flight on 20 Feb 1962. We were told the post office had the stamps for days but could not release them until the day of the flight. I migrated from regular US to back-of-the-book revenues and such plus United Nations. As kids we would go to the local stamp store, Coop’s in San Bernardino, and spend what money we had on stamps. I can vividly recall the joy of completing the 1934 National Parks Issue. I must have spent some birthday money to afford the 10-cent issue in mint condition. One day at Coop’s I remember looking through a box of envelopes (didn’t know they were covers then) and picked out one with a printed picture of George Washington and had text about the Battleship USS WASHINGTON. I must have been about 10. I bought it solely because it was about Washington State and that was where my mother was born. That may have been the first time I realized the state was named for the president. Regardless, this was my first Naval Cover.

Adulthood brought a job and more disposable income and I rekindled my interest in stamps. Beginning in earnest building my collection of US Revenues, I subscribed to Linn’s (Western slowly disappeared) and read an article by the O’l Skipper himself, Desmond Jagyi. He explained these things called Naval Covers and I remembered my WASHINGTON cover that had sat in a box for about 15 years. I pulled it out and discovered it was a Launching cover cancelled at Philadelphia Naval Yard on 1 June 1940. I sent in for an USCS information request which I later joined. I joined the USS SAGINAW chapter in the late 1970s, attended my first convention in Seattle in 1978, helped start the USS SACRAMENTO chapter in 1981 and became a member of the Board in 1989. I am currently the USCS President having been the Vice President for the previous four years, 2001-2005. I am the seller of the old LOGs, the NV Savannah book, the Naval Cachet Makers Catalog and arrange for the re-printing of our major publications and as President I handle significant amounts of correspondence and communication.

My Naval Cover collecting interests center on the first class of Minesweepers, the Lapwing Class or the original Bird Boats. I have over a 1000 of them and have extensively studied the cancels and cachets available. I also collect classics or the pre 1920 covers and have lately begun concentrating on them more. I exhibited my bird boats first at a local Sacramento show in 1984 and was surprised and spoiled to be awarded Gold. I have exhibited numerous times since and have been able to get only Silvers at best since. I trained and qualified as a USCS judge and was the senior judge for the 1997 and 2002 conventions. Judging was fun but a challenge to offer meaningful comments to disappointed folks. I hope to continue the expansion of my collections plus keep thinking of new aspects of Naval Covers to collect. With so many ships there are so many ways to collect.

In the bigger scheme of things I’ve been married to Nancy for the past 35 wonderful years. We have two children, both grown now. Gabriel is 27 and Amanda is 24. Both are Computer Science majors. Amanda collects Cats on Stamps and won a Gold medal at the local show while a teenager. Gabe still collects action figures. I graduated from the University of California, Santa Barbara in 1970 with a BS degree in Chemical Engineering. I worked for the Procter and Gamble Company for 32 years, largely at our manufacturing site in Sacramento, CA. I performed many, many jobs with wide responsibilities. Over the last ten years I was a Coach for two shift teams plus managed the site’s Total Quality program, Utilities and Process Control Systems. Pleasantly, I was offered and accepted an early retirement in July 2002. Since then Nancy and I have traveled, become better gardeners, married off our daughter and gone to USCS Conventions. Hope to see all the members at one some day. 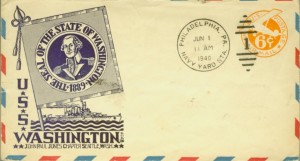